I’ve mentioned before that Barry M used to be the only polish brand I would buy, and to date it is still the brand I have the largest amount of in my collection. But since getting more involved in nail art, and trying out other brands, it’s actually been a long time since I’ve bought myself any new Barry Ms! And they’ve been busy while I’ve been ‘away’, releasing a load of new collections and effects.

This was my first Barry M Haul, from Superdrug. As you can see they are all from the Gelly Hi-Shine collection, and I got: Prickly Pear, Blueberry, Elderberry and Lychee.

While looking at the Barry M section in Superdrug, I saw the Limited Edition Summer Shades – basically, both Superdrug and Boots currently have in store 2 LE shades each, exclusive to them. Superdrug’s were a blue metallic called Seaside, and a pink metallic called Promenade. Having already seen the shades Boots had, I knew I preferred theirs so I held out. That’s not to say I won’t pop back and get those too though! 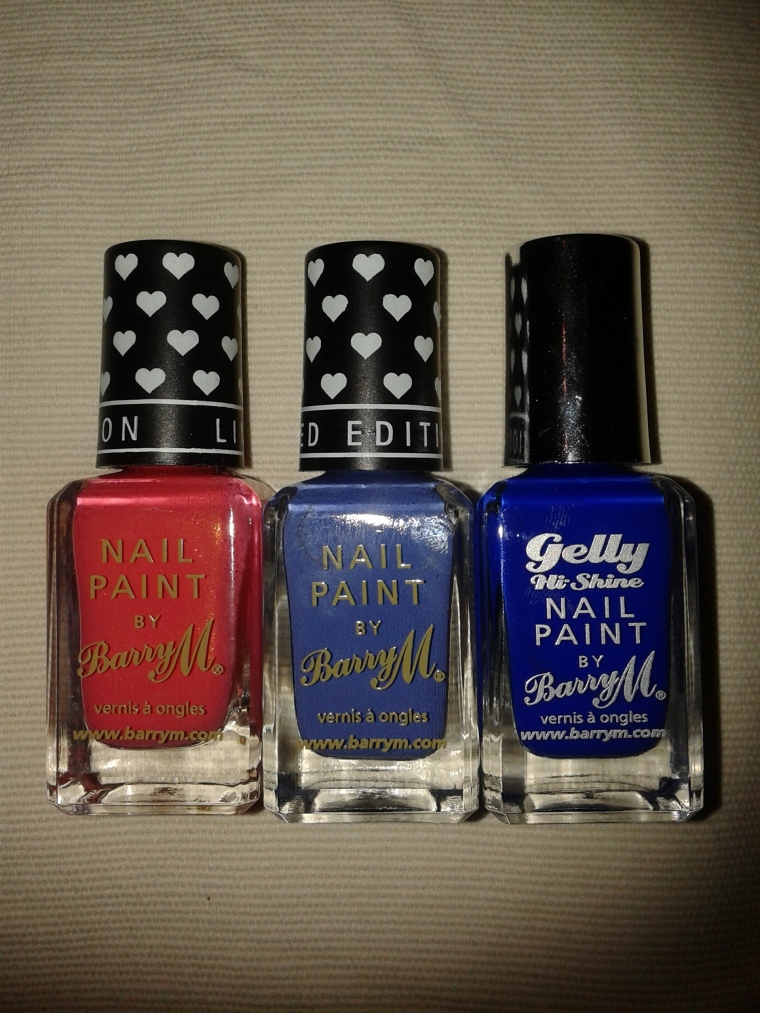 I got Boots’ two limited edition shades, a coral with a slight shimmer, Carousel, and a purpley blue called Bikini Blue. While I was there I also picked up this Gelly Hi-Shine called Blue Grape as there was a deal on if you bought 3 bottles.

What do you think of these lovely shades?! I’ve tried most of them out already! The only one I’ve not fallen in love with so far was Carousel as the formula was quite odd – very thick, slow to dry and came up in bubbles too. I’m not giving up on it though, I’ll definitely give it another try.